Eric Laporte is a professor of Computer Science at Gustave Eiffel University (France) and a member of the LIGM (CNRS). He has studied at École normale supérieure de Paris. He is also a linguist, and his research focuses on language resources for language processing, especially on multiword expressions, ambiguity resolution, sentential syntax and inflection. He has worked on French, Arabic, Korean, Portuguese, Malagasy. His core expertise is about how linguistic description can be formalized, and reliable enough to be exploited in language processing. Eric Laporte has contributed to many European and national projects, and to the open-source Unitex/GramLab platform. He has supervised 22 completed PhD, published in numerous peer-reviewed journals and conferences, and served in many editorial committees and funding agencies. 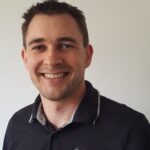 Jan Niehues is a professor at the Karlsruhe Institute of Technology, leading the “AI for Language Technologies” group. He received his doctoral degree from Karlsruhe Institute of Technology in 2014, on the topic of “Domain Adaptation in Machine Translation”. He has conducted research at Carnegie Mellon University, LIMSI/CNRS, and Maastricht University. His research has covered different aspects of machine translation and spoken language translation. He has been involved in several international projects on spoken language translation, e.g. the German-French Project Quaero, the EU H2020 project QT21, EU-Bridge and ELITR. Currently, he is one of the organizers of the International Conference on Spoken Language Translation (IWSLT). 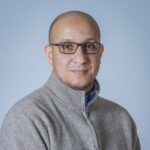 Ahmed Ali is a Principal Scientist at the Arabic Language Technologies group (ALT), at the Qatar Computing Research Institute (QCRI). Ahmed is the founder of ArabicSpeech. He is the Chief Scientist in KANARI AI. He is the general chair of Spoken Language Technology (SLT 2022). Ahmed is leading the code-switching and multilingual summer school; Eighth Frederick Jelinek Memorial Summer Workshop in John Hopkins University (JSALT 2022). His work interests are in speech recognition and code-switching. Ahmed completed his PhD at the University of Edinburgh and BSc at Cairo, and co-founded KANARI in 2020. Prior to joining QCRI, Ahmed worked for Nuance in Cambridge, UK, from 2009-2011, SpinVox (Marlow, startup) 2006-2009. Before SpinVox, Ahmed worked for six years at different IBM labs, including two years at Watson, USA, labs. His current research on speech recognition has led to the development of state-of-the-art multi-dialect Arabic speech recognition: QCRI advanced transcription system (QATS). QATS is used by Al-Jazeera to transcribe their online content. DW and BBC have been using QATS. Ahmed’s team has won first place in the worldwide MGB-2 speech recognition competition. He also won the prestigious Qatar Foundation Best Innovation Award in 2018.